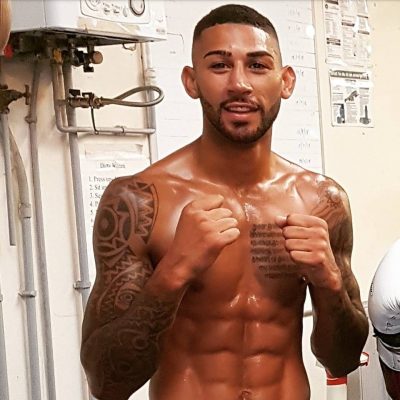 The Hawk Hoping To Fly In The Pro Ranks

Troi Coleman is confident he’ll be able to play it like a pro when he arrives in the world of professional boxing on Saturday.

‘The Hawk’ will fly into action with his debut as a pro pugilist over four rounds at Walsall Town Hall on Saturday September 22 on the undercard of Tyler Denny versus Reece Cartwright for the English Middleweight Title.

Coleman becomes a part of the 160lb ranks himself when he next laces on the gloves, having hovered around light heavyweight in his former calling of kickboxing.

The 23-year-old competed at amateur level for the Platinum gym in his hometown of Burntwood, before becoming an unlicensed boxer.

The only time he’s ever tasted defeat in either discipline was against two fighters who are treading the same path as him.

Danny Azeez is now undefeated with five wins and three TKOs in the pro version of sweet science, while Kieran Leinster made his bow on September 8.

Coleman feels he’ll be a force to be reckoned with at middleweight, where he’s likely to stand tall among his opponents.

“I was up at light heavy against when I went against Azeez and that’s too much for me,” he told bcb-promotions.com. “I’ve dropped it all off now and got to middleweight, so I’m a different animal now

“Me and Kieran really entertained the crowd, I could nicked a draw or maybe even the win but, away from home, it often doesn’t go your way.

“It was one of those fights where I didn’t really mind losing, because it was so close, and we’ve kept in touch since then. I’d love to take him on again as a pro boxer.

“I’m ready for it, I want to be the best I can be but I know it will take time to learn and adapt. As long as I do that and train hard, I’ll get the results that I’m looking to get.

“I’m doing lots of sparring and getting the runs in. I’ve never been a big gym goer, but I’ve worked hard on strength and conditioning for this one.

“It’s stoppages that get you noticed in boxing and I’ve got myself a few before, at unlicensed level if not so much as an amateur kickboxer.

“It’s time to try my power out on the pros now, I feel in the best shape I’ve ever been in and I think I’ll be strong, tall and rangy at the weight.

“I’m 6ft 2in with a fast jab and fast movement, but I’m tough and like to mix it up. I won’t hold back and make life easy for myself, it’s not my style.

“My height and range will be to my advantage at middleweight and it’s a good division. I’m excited to see what I can bring to it as time goes on.

“I want titles, glory and everything else, in the future but my first focus is on having my hand lifted on September 22 and to look good doing it.

“After that, I’ll be straight back in the gym looking for the next one. I get bored if I’m not there! I want to be as busy as I possibly can.”

The undefeated super bantamweight prospect, 21 and from Bloxwich, has recorded three of his six wins as a pro at Walsall Town Hall. He notched his maiden paid TKO there, too.

Another Walsall pugilist, Levi Ferguson, also features looking to build on a successful pro debut at the same venue. He outpointed Paul Cummings at super welterweight.

Ryan ‘Stewart’ Davies will be looking to rebound from his first pro defeat, in a title fight situation against the experienced Rob Hunt.

An exciting eight-rounder culminated with Hunt seeing off a bloodied Davies by two rounds on points, 78-76, with the British Challenge welterweight crown on the line.

The former kickboxer, from Tividale in the Black Country remains involved in his former calling, too, and still works as an instructor at Oldbury’s School of Black Belts.

Girl power will be on show with flyweight ‘Pocket Rocket’ Dani Hodges, from Burntwood, who became a licenced boxer with a points victory over Teodora Hristova last month.

Two-time national amateur champion Conah Walker, of Wolverhampton, turns over under the tutelage of boxing legend Ricky Hatton, who will be in his corner come fight night.

Grosvenor Casino Walsall, on Bentley Mill Way, are the show’s headline sponsors. They will host the weigh in and after-show party (over 18’s).