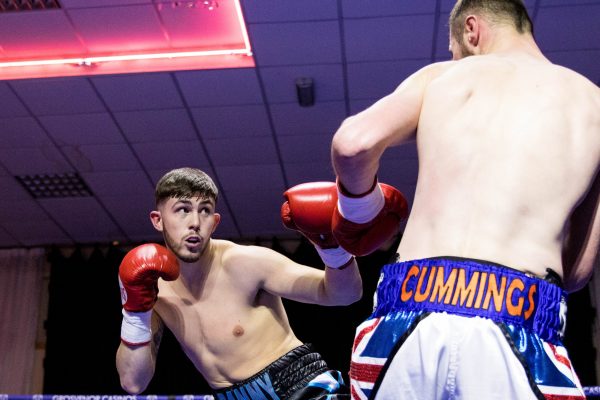 Danny Ball is hoping to be in 7th heaven as he steps into the ring for his seventh outing since turning professional last summer.

Ball is wary of the threat of teak tough veteran McCauley but has set his sights on Area honours, at least, in 2019 after being inspired by fellow BCB fighters.

“I like to stay active and getting the rounds and wins under my belt are a massive confidence boost,” he admitted. “My last opponent, Danny little, was a tough nut to crack but I felt in control of the fight and very fit.

“I think I hurt him in the last round but respect to him he turns up week in week out, so you can’t say a bad word about him.

Ball is taking inspiration from BCB stablemate Adam Harper who lifted the English Super Welterweight Title last month. It’s a path Ball hopes to follow at some point, starting with a shot at the Midlands Area in the New Year.

“It’s great that Adam has gone on to win the English (Title) after winning the Midlands Title and fighting for the Commonwealth so the Midlands is definitely something I’ll jump at when the opportunity arises. BCB are getting these chances and are growing very fast and I’m glad to be a part of it.

“It doesn’t really faze me who they put in front of me. I’ll be more than capable to get the win over.

“I’m confident in myself and the team around me. I did see that Denton Vassell was fighting at my weight and around my ranking, so I’d love that fight – what a name to have on my card – or maybe Rob Hunt? I’d be confident in that one too.

“I’m not looking past McCauley though; he’s as tough as they come.”

The Grosvenor Casino Walsall, on Bentley Mill Way, are the show’s headline sponsors. They will host the after-show party (over 18s).