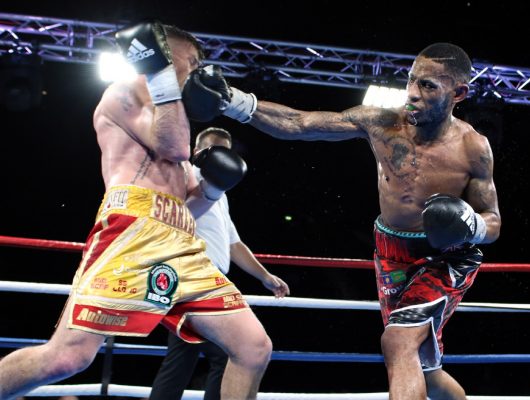 Andrew Robinson believes he will inflict a first professional defeat over Poland’s Damian Jonak when ‘D’Animal’ travels to Poland in November.

The IBO Continental Middleweight Champion travels to Rodam to take on 35 year-old Jonak who boasts an impressive 40-0-1 record, not that Robinson cares much for records.

“Records are for DJ’s,” explained Robinson. “I have four losses on my record but I’ve fought world class opponents. I’ve lost to top lads; anyone else put in front of me I’ve beaten.

“I’ve not heard of this Jonak. He’s had 41 fights but he’s not fought someone like me. They’ve asked for me, so I’ll go over there and knock their man out.

“I won the IBO Continental Title and then went straight in with Mark Heffron. He’s a top fighter and it wasn’t my night but Jonak is not going to hit anywhere near as hard as Heffron. It’s been six years since he had any kind of stoppage on his record and he’s not getting any younger.

“I’m looking forward to going over there and upsetting the odds. I can’t wait to put an ‘L’ on his record. He won’t have seen anything like me. I’m ‘D’Animal’ and I’m hungry. “